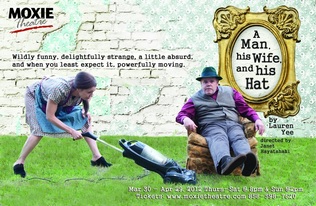 "It's funny – it’s so funny it hurts – but it's also complex, delightfully strange, a little absurd and then, when you least expect it, powerfully moving. A feast for the adventurous theatre-goer, A Man, his Wife, and his Hat is about Hetchman, a man who loves his hat. Oh, and his wife, too. But when both go missing, the retired hatmaker vows to stop at nothing to find them, if he can ever muster the strength to leave the comfort of his armchair. But the arrival of a talking wall and a hungry golem threatens to derail his endeavor. This is a klezmer-inspired love triangle between a man, his wife, and his hat."