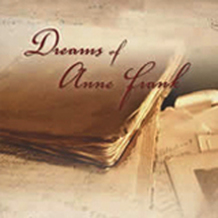 DREAMS OF ANNE FRANK was commissioned by the Polka Theatre in 1992 to commemorate the fiftieth anniversary of Anne Frank going into hiding. Bernard Kops used Anne’s diary to investigate the imagination and dreams of an adolescent girl who wanted so much to be a writer.
The playwright believed that it was important to make young people aware that there is still prejudice in the world, and that they have the power to change it for the better. Otto Frank, Anne’s father, in publishing the diary after the war, wanted young people to be able to read her diary to open their eyes to the lessons of the past, but also to the realities of the present. Anne’s diary, and this play about her life, celebrates the spirit of creativity that thrives despite the hatred and the horror that humans continue to expose upon the world.